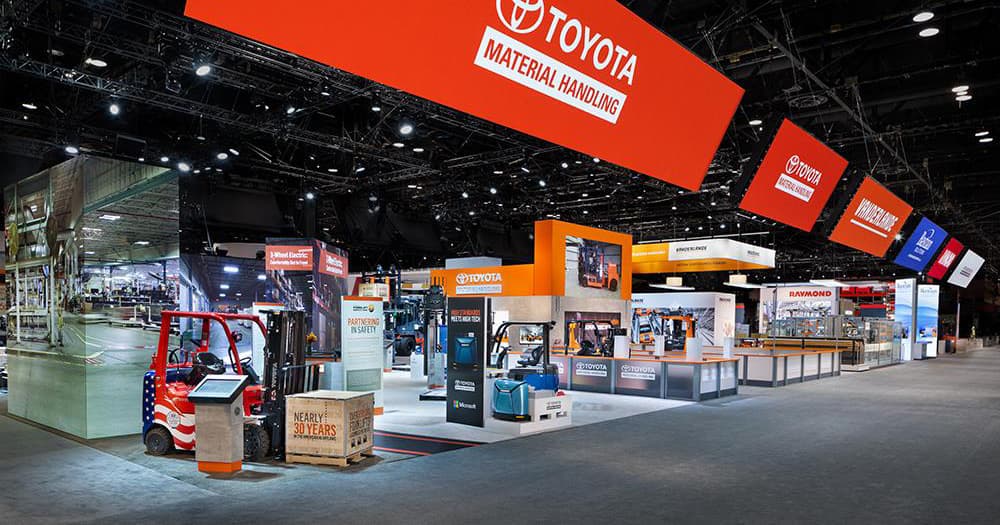 Marketing & Measurement
Trepidation quickly turned to celebration for Trint Castetter, Product Marketing Specialist at Toyota Material Handling. “I knew that all of the hard work and planning had paid off when I took a step back and saw that our exhibit staff was effectively engaging attendees and proudly representing Toyota,” Castetter said.

The stakes had been high for Toyota Material Handling at ProMat. The company had two huge spaces—a 50’x80’ exhibit and a 25’x80’ exhibit (split by an aisle) located at the very front of the show hall. The challenge? Toyota Material Handling (TMH) had not exhibited at a trade show of this magnitude in a decade, meaning that many of its 70 staff members hadn’t worked a trade show in many years—if ever!

Castetter knew that in order to succeed at the show, his team needed to prepare.

Already working with 3D Exhibits on many other elements of this show, Castetter and his colleagues decided to also utilize 3D Exhibits’ exhibit staff training team for the show. Castetter worked with the 3D Exhibits team to develop training content that would prepare the TMH staff to succeed, then co-conducted the training with 3D Exhibits’ professional trainers in a private room of the convention center the day before the show opened. A second training was also conducted after the first two days of the show for the staff that were only working the remainder of the days.

Turning 70 novice exhibit staffers into polished engagers was no easy feat, but TMH pulled it off. Castetter shared his insights into exactly how his team’s pre-show training led to TMH’s success:

Planning is KEY! Before bringing training experts into the picture, Castetter forged deep into the trenches of planning. How many staff members would he need overall? How many in each area of the exhibit? How long should each shift be? Castetter created a plan and ran it past each participating department/team to ensure that everyone bought in to the proposal. This then made all future discussions between all involved parties run more smoothly, and the team was able to focus on staff performance as opposed to logistics.

“I highly recommend that other trade show managers invest time in their strategic planning, especially if their show is as robust as ours,” said Castetter.

In order to create a solid plan, Castetter called on his project management background and organizational skills—and admits to going a little bit “spreadsheet crazy.” He created staff schedules, mapped out where the staff members would be positioned in the space, and refined all of it through continuous communication with his colleagues.

Customize the training content. Castetter knew that to make the most out of the training, the content needed to be customized to his team’s unique needs and backgrounds. He and his colleagues carefully reviewed a standard presentation provided by the 3D Exhibits team and collaborated their way to content that was relevant to their needs. For example, Castetter knew that most of his staff had not worked a trade show in many years, so he made sure to include a portion at the front end of the training about trade shows in general: what makes trade shows so important, and why, specifically, was TMH’s presence at ProMat such a big deal?

Bring in a third party. Castetter handled the portions of the training that were directly related to Toyota: the messaging, the products, and the staff schedule. He left the trade show-specific parts to the training professional, including engagement tactics and proper etiquette while working an exhibit. Castetter explains, “We know what we do well and look for expert partners to help with the rest.” Bringing in a third-party to facilitate the training also conveyed to the exhibit staff just how important this training was and reiterated the investment that TMH had made in the show.

Don’t assume that trade show etiquette is common sense. We’ve all walked past exhibits and seen staff leaning against a counter looking bored or with their noses buried in their cellphone. Trade show etiquette is not rocket science, but it is something that people tend to forget when they find themselves in the middle of the trade show floor chaos.

Castetter strongly believes the etiquette portion of the training was the most beneficial for his staff members. By reinforcing basic principles such as how to stand, be welcoming, and convey a positive attitude, all team members were on the same page—and once they reached the show floor, they held each other accountable for the things they learned in training.

Prepare a list of go-to ice breaker questions. One of the most common reasons for nerves when anticipating working a trade show exhibit is not knowing how to start a conversation with an attendee. To alleviate some of those nerves, Castetter provided several industry-relevant examples of potential ice-breaker questions that his staff use. The key was to create questions that went beyond engaging with attendees and getting them to stop walking. Castetter made sure his staff asked questions that also led the conversation in the right direction—such as leading towards discussion about the attendee’s needs and how TMH can provide the right solution. During training, Castetter challenged the TMH staff to come up with some questions of their own to add to the list.

Incorporate role play. If you have ever worked a trade show exhibit, you can probably recall a time that an attendee asked you a question that you had absolutely zero idea how to answer. For a lot of people, this is a stressful situation to be in. You can eliminate (or at least minimize) this stressinducer by allocating a portion of your training to role play. Due to time constraints, the TMH training did not include role play, but Castetter recommends it to others.

“The more preparation and training you have, the better. Practicing good behaviors and allowing for constructive feedback so that you can correct any bad behaviors ultimately puts you in a better position for success,” Castetter said.

The easiest way to practice is to have your staff pair off, then take turns assuming the roles of attendee and staff. This will give your team the opportunity to practice answering the questions that an attendee might ask, as well as to practice their opening/ice-breaker questions to start a conversation with an attendee.

Not one format of training fits all. Although much of the Toyota staff training was conducted “classroom-style” in a conference room, parts of the session were moved to the show floor for some hands-on practice. TMH incorporated several technology interfaces into its exhibit, including a custom drill down program, lead generation system, and three interactive games.

Bringing the entire staff down to the show floor enabled the TMH team to practice using, and become proficient with the technology. They also got to experience the interactives the way the attendees would experience them at the show, which was far more effective in preparing the staff than talking about the technology or showing screenshots of the interactives in the conference room. “Practicing hands-on ensured that everyone was prepared,” said Castetter.

Exhibit staff training made all the difference for TMH. “Had our staff not been so prepared, we would not have had as favorable of an outcome,” Castetter said.

Looking for more information to ensure that your pre-show training is as effective as possible? Check out this post or contact Stephanie at scoupland (at) 3DExhibits (dot) com to chat with one of our training experts. 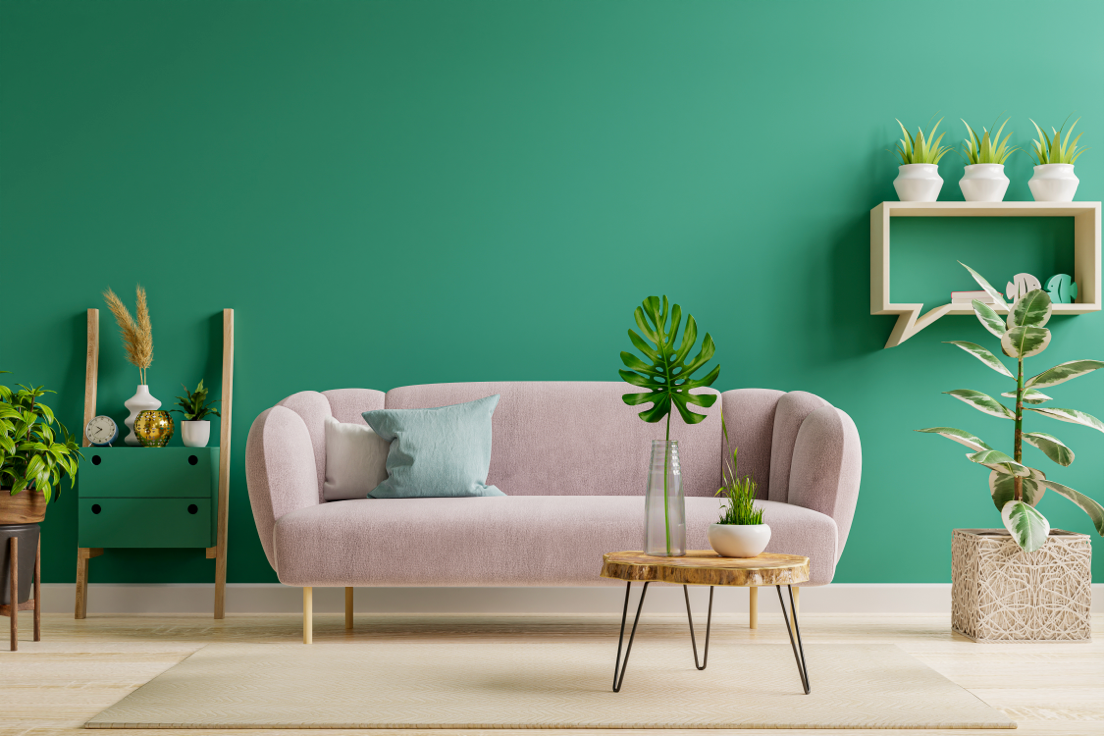 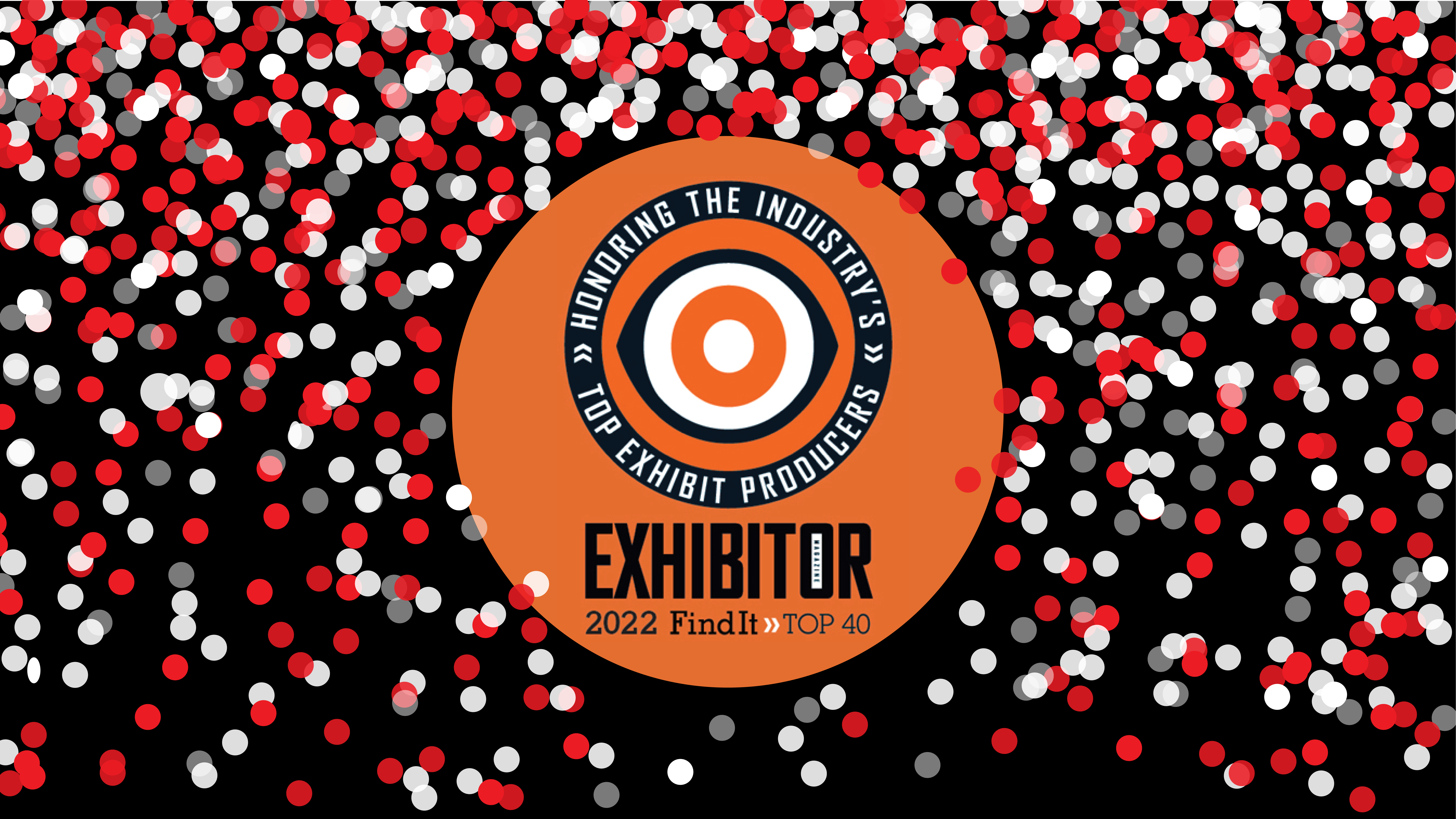 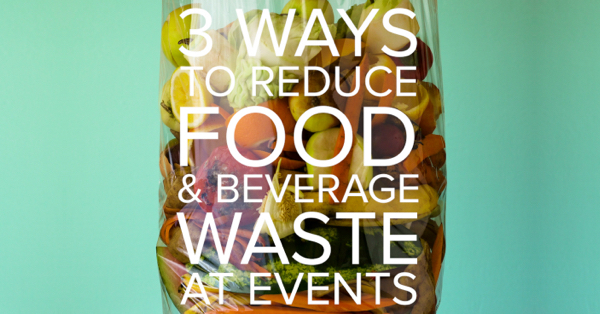